Posted on July 16, 2017 by HONGKONGWILLIE
THE IRONY OF IT ALL
Hong Kong Willie Art ,Blue Marlin Dream of Key West. $225,000
To Inquire  about Hongkongwillie Art Call  Hongkongwillie 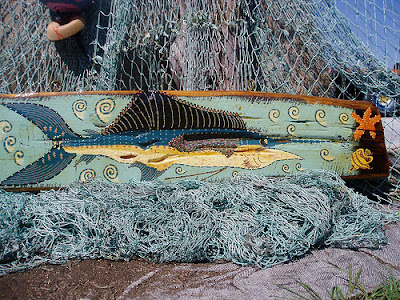 Growing up in Tampa, I spent a period of time fascinated by a quirky,
eye-catching landmark at Fletcher Avenue and Interstate 75. This was
also the period of time I spent obsessed with making binoculars out of
toilet paper rolls and necklaces out of pop tops. To me, this sight was
the epitome of similar creative craziness, and I often found myself
looking for it during car journeys, hoping it hadn’t disappeared
overnight.

But time passes and so does the urge for pop-top necklaces, and
observant eyes don’t notice the same sights. It wasn’t until recently
that I once again took note of the scene, with its broken down orange
helicopter, a tree made of what seems to be indestructible balloons and a
blue-and-white house covered with trash remade into art.

I finally paid a visit to this art gallery after many years of
wondering about the story behind it. The pavement leading to the door is
painted with handprints and splatters, the store edged with upside down
Coke bottles. Streams of lobster buoys hang from the roof and also make
up the “tree” I marveled at so often from my car window.

Various shoes, bottles, clocks and signs are glued to the side of the
store, and there’s a tribute to Sept. 11 off to the side. No one seemed
to be home, so I called the number on the “WE’RE OPEN” sign, which
brought a middle-aged man in a bright Hawaiian shirt from behind the
store.

After a few basic questions, Joe Brown begins to open up about the history surrounding his art.

Brown, better known as Hong Kong Willie, says he was an artist from the
start. “Everyone is born an artist,” he said. “However some are granted
the gift of being able to express that art.”

As a young boy, his mother decided to send him to art school, which he says changed the course of his life forever.

At the age of 8, Brown recalls being heavily influenced by the lessons,
which included transforming a Gerber baby bottle, something with no
real value, into a piece of art. His teacher had spent an enormous
amount of time and effort in Hiroshima, Japan, helping those affected by
the atomic bombs. Brown learned many lessons about recycling from this
teacher, who had come from Hong Kong. Brown added an American name,
Willie, to Hong Kong for his nickname Hong Kong Willie.

While Brown grew up to be an artist, he left the world of mainstream art to return to his background in technology.

“But on Nov. 13th, 1981 … on a Friday at 1:30 in the afternoon, I had
an epiphany,” Brown says. “I was at a friend’s house right across the
street,” pausing to point at a row of apartments across from his store,
“and a series of events led me to rejoin the art world.”

With the help of two other artists, Brown set up his business in the
Florida Keys in the early 1980s, then moved it to Tampa. Together, they
believed that they were predestined for the Green Movement, and have
been making art out of recyclables for close to 30 years.

Inside, Hong Kong Willie’s art includes glossy pieces of driftwood
restored and painted with beautiful landscapes and kernels of truth,
some of the gorgeous work priced in the six figures. But there’s also a
wide collection of handmade bags, wooden sculptures and sassy bracelets
for more moderate prices.

A portion of the proceeds go to benefit the Green Movement, Brown says.

With a laid-back swagger, Brown continues. “We live pretty minimally.
And all the funds we get from donations and our art sales are delegated
to green projects.”

I’m not sure what I was expecting when I decided to visit Hong Kong
Willie. Certainly not the breathtaking art inside, and definitely not
the history behind it. I’m feeling thick-headed for not visiting years
ago, and say so.

“I’m a big believer in predestination and timing. If someone is not
ready to view art, the door is closed. Every piece of art that is made,
and every project we do is done for a reason. It doesn’t matter if that
reason shows up the next day, or walks in six years later; every piece
of art will find a home.”

Posted in Uncategorized | Comments Off

Artist Born for this Time. Exploring the Recycled World of Art .UPDATED 1/9/2021

You know you have seen it.
Whether you know it as “the Christmas tree” or the “art station,” Hong
Kong Willie’s is a spectacular, unique sight.


Seated in the corner of Morris Bridge and I-75, Hong Kong
Willie’s is a gallery where many unique pieces of art are displayed and
sold.

Always seeing this place on our way to school, former
Editor-in-Chief Pankti Mehta and I had wondered about it for a long
time. At the beginning of this summer, we decided to go there and find
out.

As we walked into the blue shack, we were greeted by a
friendly face. Wearing a blue Hawaiian shirt and khaki shorts, and with
his hair pulled back into a ponytail, Joe Brown, or more commonly known
as Hong Kong Willie, welcomed us and shared with us the story of his
life.

Hong Kong Willie is an artist who finds the meaning in
what others would deem as “junk” items. His journey began in his
childhood when he collected discarded items from the landfill where he
lived and sold them.

“By the time I was eight years old, I was walking around with hundreds of dollars in my pockets,” Brown said.

He had never thought he would enter the realm of art, but
his mother knew otherwise. She was the one who made him to go to art
school.

“My mother believed that if you were born to do something, you were to do that,” he said.

At art school, he met the person who would inspire his
nickname. His art teacher explained the importance and meaning behind
insignificant, common items to her students. She had gone to Hiroshima
shortly after the atomic bomb had been dropped, and then had left out of
Hong Kong. Her inspirational story was the reason Brown nicknamed
himself Hong Kong Willie.

Knowing that the technological world was filled with
greed, Brown decided to step out of it in 1981. He knew that his life’s
calling was to be artist, and he was going to be just that.

“We are here to tell a story … to take common items that are not manufactured media that have a meaning.”

He set up his station first in the Florida Keys, but then moved to Tampa, where he has now been living for 37 years.

A firm believer in predestination, Brown explains that he got these beliefs from his father.

“My father understood why he was here. And he made that
of great importance to his children… My father gave me the understanding
of why we were here. And to be determined to find that.”

In today’s fast-paced society, teaching of such life
lessons has become rare. People are more motivated to “get famous and
get money,” as Brown put it.

“I’m here just to exemplify and maximize why I’m here. That’s probably the greatest thing that I think is missed in families.”

Hong Kong Willie also explained one of his special
pieces to us, which was called Miriosity. Shaped like a bird, Brown used
the embedded frailties within the wood to bring out the meaning in the
piece.

“Many artists don’t produce more than one great, great,
great piece. And Miriosity, she just has all of those elements…
Miriosity has a great future.” 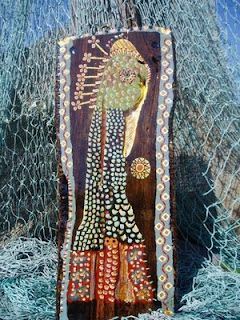 Hong Kong Willie has supporters who come into his
gallery and buy many of his pieces. With the money that he makes, he
gives back a large portion to various social projects. His art is not
just a business, and he makes that very clear.

“You can only buy a piece of art if you have fallen in
love with it,” he said. He recalled a time when he turned down a buyer
from buying some of his works because he knew the reason for buying
those works was not genuine.

Hong Kong Willie keeps the presence of art alive in
today’s society. Wherever his art goes, a piece of him will forever be
with each piece. We are very grateful for his time and his dedication to
his work.

Posted in Uncategorized | Comments Off