WLRN’s Weird Florida is Back!

WEIRD FLORIDA: ROADS LESS TRAVELED Filming to Be In May of 2012
Hong Kong Willie on PBS        WLRN offers targeted sponsorship opportunities in Public Radio, Public Television, Online, Social Media, and Educational and Community Engagement. Go To Weird Florida Blog The executive producer will be Adrienne Kennedy with Mia Laurenzo as line producer and Filipe Marrou in charge of filming. “This time we are focused on South and Central Florida,” Charlie explained. “In the first one, we will include an underwater cemetery, yes, they want me and Miss Scarlet to scuba dive into Biscayne Bay. Also planned is a visit to an abandoned missile facility in the Everglades, a woman knife thrower and fire eater, crazy trash cans in Lake Placid, Hong Kong Willie in Tampa, Ashley’s haunted Restaurant, mysterious ruins in New Smyrna Beach, a miniture circus, and much more craziness. We hope to film it, if all goes right.” In addition to the show, the team is proposing doing an active blog while on the road, called, “Where Is Miss Scarlet?” Each day the blog will be updated and fans can exchange comments with Miss Scarlet and the road crew.

The tremendous success of Weird Florida: Roads Less Traveled, which has aired on PBS stations from Florida to Juneau, Alaska, has attracted an overwhelming response from viewers asking for more strange places.
To fulfill the desires of weird fans everywhere, the bizarre journey to Florida’s zaniest places will continue in an all new, Weird Florida: On the Road Again.
The upcoming episode will feature sites you’ll surely want to visit, like a haunted restaurant in Rockledge where dishes fly off the shelf, a scary hill in Lake County that thrills drivers, New Smyrna’s mysterious ruins, and Key Biscayne’s underwater cemetery.
Once again, your guide for this crazy journey is the utterly kooky 10th generation Floridian, Charlie Carlson, “Florida’s Master of the Weird”, and joining him is his curious canine, Lady Isabel.

Charlie Carlson has appeared on several television shows, including Blockbuster’s rental video “Sticks and Stones”, Sy Fy Channel’s “Curse of the Blair Witch” and in previous episodes of Weird U.S. on the History Channel. In addition to appearances on television and radio, he is author of the best seller, Weird Florida, [Sterling Publishers] plus a dozen other Florida books and over 200 magazine and newspaper features related to Florida’s past and downright weird folklore.
Weird Florida: On the Road Again introduces its newest star, Lady Isabel, a full bred boxer, who has an inquisitive nature. Isabel was just 10 to 12 months old when found wandering the highway in Levy County, Florida. She became number 086 at the Starting Over Animal Rescue in Ocala, until Charlie adopted her as the newest member of the Carlson family. She has a lot of street smarts for having been on her own.
As a very curious canine, Isabel is a people’s dog that loves to chase after lizards and sniff bugs. We know our viewers are curious folks which is why we welcome Lady Isabel as the newest member of our Weird Florida television family. 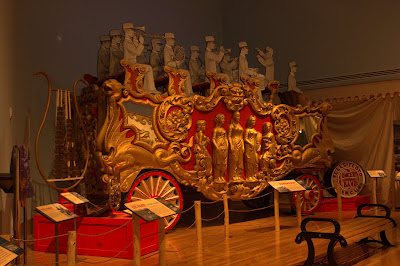 A very detailed miniature located at the Ringling Brothers Museum, and a part of their much larger exhibit 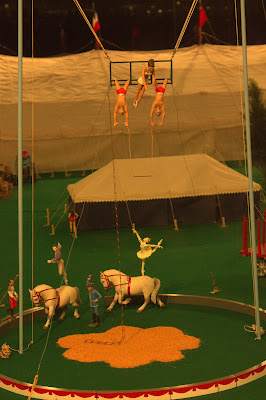 In Barberville at some weird roadside stand. If anyone is in the market for a 19 foot giraffe, let me know. pic.twitter.com/rWY5RIcc 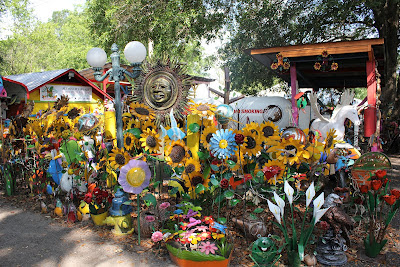 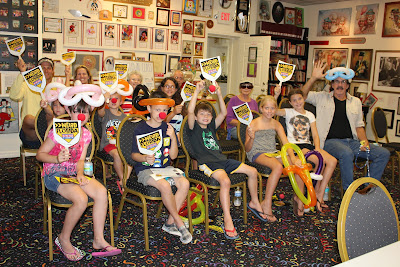 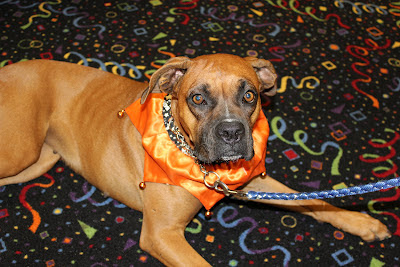 We headed north to Tampa off I-75 to visit a place called Hong Kong Willie. Every inch of this place has art, from the walls, the ceiling, in the garden and even by the road. It is so weird looking it beckons you to take a closer look and when you do, you learn a valuable lesson… to appreciate everything around you.